Even though most of the users install ACT tools in a Linux environment, some users may want to run them on Microsoft Windows. There are many options for running Linux software on Windows, for example, virtual machines, Cygwin, etc. A convenient way to run ACT tools on Windows is through Windows Subsystem for Linux 2 (WSL2). It allows you to install a complete Linux terminal environment and run your preferred distribution within Windows.

You must be running Windows 10 version 2004 and higher (Build 19041 and higher) or Windows 11. For older version of Windows, refer to instruction on manual installation here.

To install everything, run this command in PowerShell or Windows Command Prompt as administrator:

As of now, these are the available distributions:

Once the installation is finished, you will need to create a username and password (this does not need to match your Windows user credentials).

After this, ACT tools can be installed in WSL2 by following steps described here.

Support for GUI application is not included yet in the WSL2. You can install some third-party X server or MobaXterm which includes an X server along with many other tools. The MobaXterm allows you to run multiple sessions of the WSL-Ubuntu along with embedded X server.

You can find your computer drives mounted in /mnt. For better performance, Microsoft recommends storing your files in the WSL file system if you plan to use them in a Linux terminal.

Once WSL-Ubuntu and ACT tools are installed, they can be used with Eclipse (installed on Windows) to provide an ACT development environment in Windows. Here, eclipse terminal uses previously installed wsl2 command line terminal. 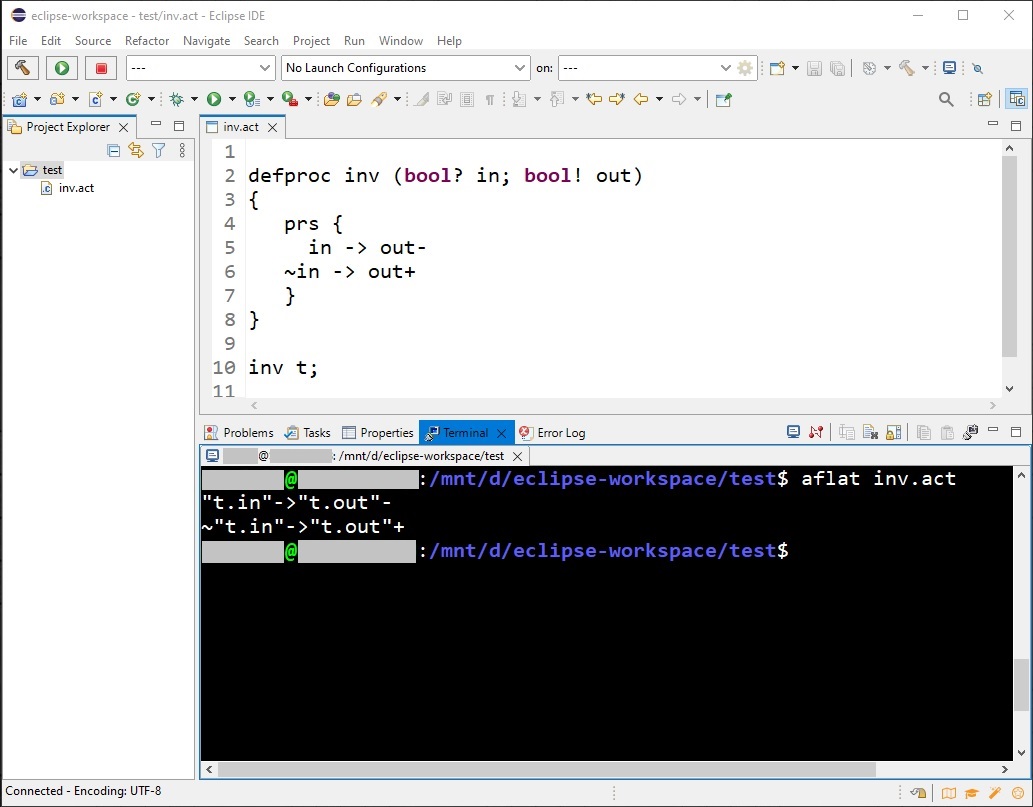 windows_build.txt · Last modified: 2022/04/08 03:58 by prafull
Except where otherwise noted, content on this wiki is licensed under the following license: GNU Free Documentation License 1.3